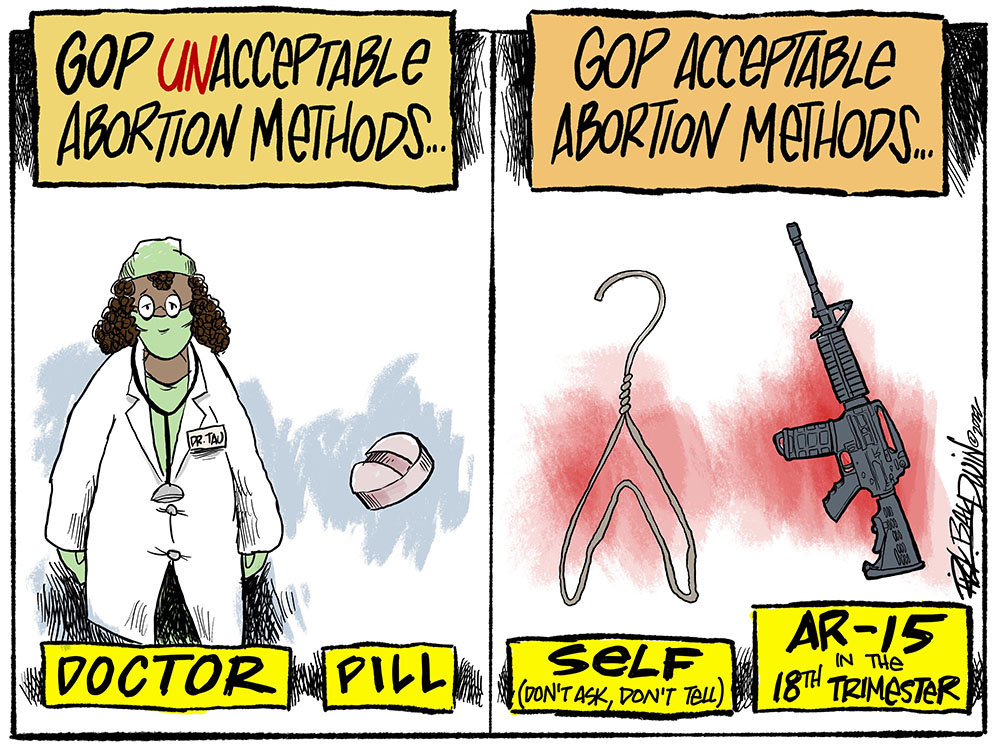 One of the most amazing things about drawing cartoons, specifically political/editorial cartoons, is how people will completely lose their mind over simple, line drawings. And not in the same way they will over written or spoken editorial commentary or a parody song or a talk radio rant. For some reason, cartoons can send people into hysterics. Remember the mass murder that happened at the Charlie Hebdo offices in 2015; all because of… cartoons?

Why do people get so unhinged by cartoons? By their nature, cartoons (and particularly editorial cartoons) are distortions. Exaggerations. They aren’t true and aren’t designed to be true. No one but an insane person would look at a Bugs Bunny cartoon and become furious because “Goddamn it, rabbits don’t talk!!”

We live in a cartoon culture with cartoons everywhere depicting everything from fantasy anime ninjas, to mice with big red pants and gloves, to superheroes who can swing from skyscraper to skyscraper on nothing but a spider web. These outrageous cartoon lies are quite acceptable in our culture. Few question them. But create a cartoon about gun control, abortion or gay marriage and you will literally risk putting your cartoonist life in danger. Apparently those are so much more rage-inspiring than, say, a crime-solving, talking dog.

When I was a kid, I loved reading MAD Magazine, not because it was a manual of truth, but because it was non-stop distortion, lies and parody. Old people would often get mad about it (probably because half of the content was making fun of them) and it was that irritation which fueled our interest. We couldn’t believe these silly little doodles and squiggles could send the old people into such rage but it was fun.

Then, at some point, we become the offended oldies.

When do we all lose that kid-like ability to laugh at ourselves, our weaknesses, our beliefs? Not sure how or why but I never outgrew the appreciation of “owning the oldies” by creating crazy, outrageous cartoons. To watch the veins pop out of someone’s self-righteous head because of something that doesn’t actually exist, is priceless to me.

Over the course of my own cartooning career, I’ve created cartoons targeting liberals, progressives, libertarians and conservatives. All of them will become your best friend when you make a sharp cartoon skewering their enemies but they will lose their shit when you poke their own sacred cows. It’s astounding.

Also, fun as hell and I plan to keep doing it as long as I can.